Pitch is the perceptual property of sound on a logarithmic frequency scale, it is the quality that permits the judgement of a sound being higher or lower.

They can be used stackingly.

Just for reference, the frequency of a pitch doubles every repetition. For example, let pitch A be assigned to the frequency of 440Hz, when we get to the next A after tone repetition of the pitch classes, the frequency will be the doubling of the initial one, which will be 880. Double it again and we get 1760. Then because there are 12 pitches within each repetition, to go up by one semitone we multiply the frequency by the 12th root of 2. 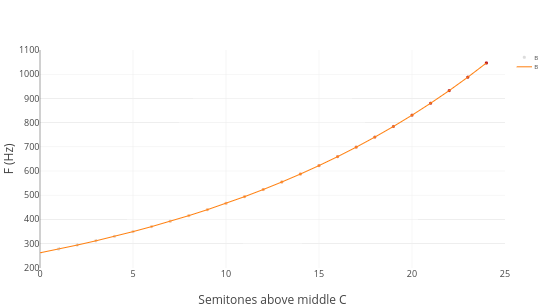 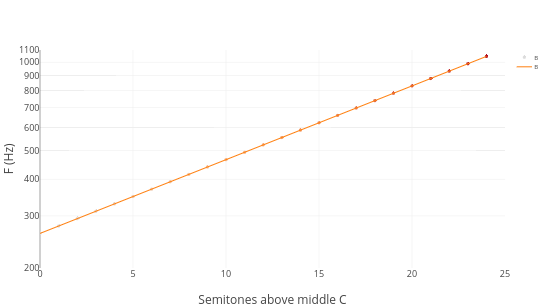 Although pitch name is the most fundamental concept in music theory, it separates those who are capable of designing functional music and those who are merely replicating. There are too many rudimentary theory books, articles, or even plugins that emphasize on the twelve notes of the equal temperament, while great for coloration of harmonic space or serial music, lacks the logic of the note relationships due to that function music revolve around the diatonic scale. Some even encourage hardcore memorization, failing to realize that memorization is only the result of understanding and experience, and should not be the means of learning.

Instead of the 34 “fixed” pitch names with no direct relationships between each other as some proposes, memorizing the seven alphabet characters should be much easier if not innate, any other note is just an an accidental away. Accidentals are modifiers by nature, they shouldn’t ever be considered as a fixed part of the pitch name. With this mindset, we are throwing “counting semitones” out of the window, and will have very solid understanding of intervals and chord structure.